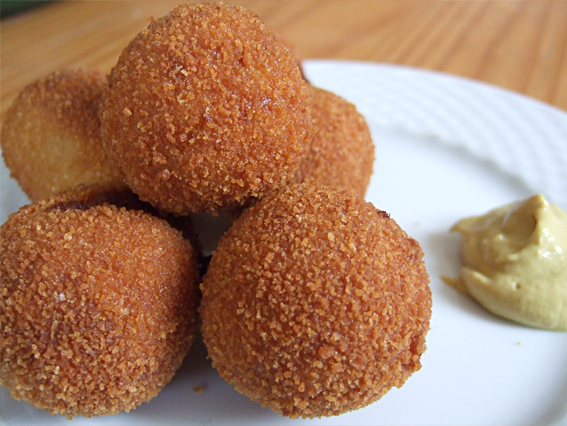 A couple of days ago I made a chicken leg stew with 4 chicken legs, which is a bit much for only 2 people. But if I’m going to be cooking/stewing for a couple of hours I always make more than needed. I intended to use the remainer of the chicken legs to make pasty or “Indonesian Risolles”. Instead I made these chicken ragout Bitterballen.

Bitterballen are a round version of the Dutch Kroket (croquettes). Often a meaty ragout shapped into balls and rolled in toasted breadcrumbs for a crunchy layer. 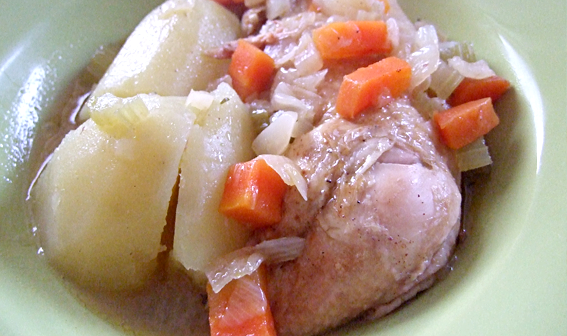 This is the stew I made earlier using chicken legs, celery sticks, onion, carrot, fennel, white wine and a bit of chicken stock.

For the bitterballen I strained the broth and plucked 2 chicken legs. With butter and flour I made a roux and added the broth and chicken to make a ragout. To this I added a little bit of carrot and celery which had been cooked in the broth. I left this ragout overnight.

The next day the ragout had firmed up into a thick paste. With my hands I formed little balls, not too big or they won’t be warm on the inside after frying. Coated these in flour, egg and then toasted breadcrumbs. I put them in the fridge to firm up a bit and then fried them in oil. 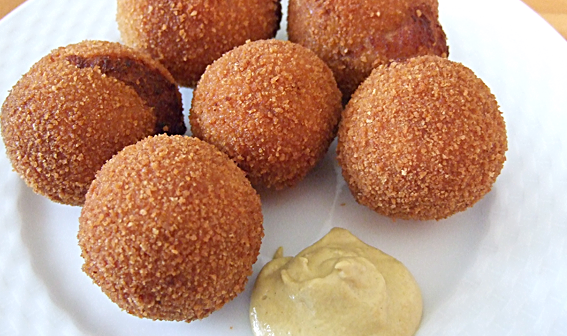 The oil might have been a bit too hot, because some of the balls split open a bit. Luckily the ragout was firm enough for them not to leak and the balls were still sealed. The ball on the left is one that cracked open. 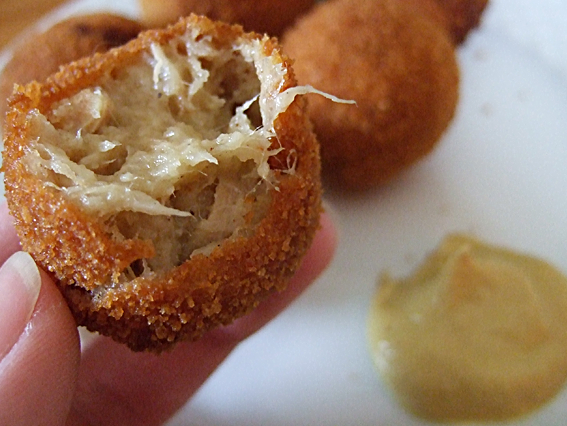 This is how they look on the inside. I am fairly pleased with the experiment. The ragout had the right firmness and the outside was perfectly crunchy. The ragout could have had more flavour though, I should have added more chicken stock to the broth. All in all a pretty succesful attempt.

Hi there. I tried this recipe with moosemeat. For extra flavour I added some ground chilipepper. In autumn we hunt moose and whwn you slowcook the ribs there is quite a lot of meat which makes a perfekt stew.

Nice! What did you think of the “bitterballen”?